This is indeed a great suggestion - especially as I recently discovered there's not actually a way to delete messages you've sent or received via the messaging system right now.

One of the reasons I can think of from a moderation/administrative side for retaining messages would be in the case of harassment or abuse of the messaging system - but I don't think this precludes users from being able to delete their messages. Given that the moderation team would likely hear about abuse shortly after it happened, simply retaining the messages administratively for 30 days after they're deleted by the user would likely be sufficient.

Taking your mentioned attack vector of "the site gets hacked, and all old private messages get leaked", I'd wonder if a "Delete Conversation" button, or - as you say - a long-term 'self destruct' timer - would be best. The 'self destruct" timer is kind of a loaded concept nowadays with services like Telegram intending them to be used as a form of non-recording instant message - and so I'd be concerned users would have unrealistic expectations of privacy when using the feature.

This also doesn't cover permission to delete from the other party - would it require 'mutual consent' - and if not, how would the other user be notified someone is trying to remove records of their conversation?

Any other ideas for how we could implement this? So far, the best one I can think of is "Delete Conversation", with a notice that it'll be kept for 30 days - but that doesn't address the mutual approval problem. It all gets a bit complicated, very quickly.

My Ideas and Suggestions for the site

You've made a lot of great suggestions here, and I want to make sure they're seen, and counted. Many of the suggestions you've made already exist here on our support system - and would be best contributed to them as separate comments / contributions to each, rather than as one big improvement suggestion.

Is there any chance you could split the 5 suggestions you've made up, and find appropriate existing suggestion threads to post them in? I believe item 2 is the only one we don't have a similar suggestion for.

So far these are good though! RedAlex gave some good suggestions for how you can better format them to be successful and garner more votes.

I'm setting this thread to 'declined', but that's not rejecting your ideas. It's just so it closes it out while you resubmit them into other threads.

Ooooh, this is very interesting - do you have any idea if the user experience is equivalent to this on Android? In particular, the 'full screen app' part.

In addition, do you have any links you could provide with more information on the user experience and implementation changes that'd be required? This is something that would be really handy for FN.

Get rid of the system that allows every user to …

We're planning to build a 'first phase' solution to this item shortly, by adding a check box under your Privacy settings, to disable visibility of your actions.

We have some other changes coming shortly regarding user pages which should move the activity feed off to a tab (so it's no longer the first thing you see on someone's profile), and some refinements as to what kind of things get shown in there.

In the long run, we'd like to implement some more fine-grained visibility control to feed items - eg, have a dropdown for "Who can see my feed", with options Everyone/Only people I follow/Nobody - but we think that's best left until after user pages have been updated, and we have a better idea of how in-demand this feature is.

Thanks everyone for your great feedback - I'll let you all know when this feature makes it live!

Completely shut down the site to prevent drama.

We don't have a one-button "Delete Account" function yet (you can vote on it here: https://support.furrynetwork.com/topics/580-how-about-an-option-to-let-people-delete-their-accounts-if-they-change-their-minds/ ) , but there's a workaround:

1) Create a new character with a random name, and switch to it.

3) Change your email address (to a throwaway/disposable one), and click the verification link in the email to save it.

4) Change your password to something random, and don't write it down

pictures that are importing being put into drafts
6 years ago

This is actually already implemented: 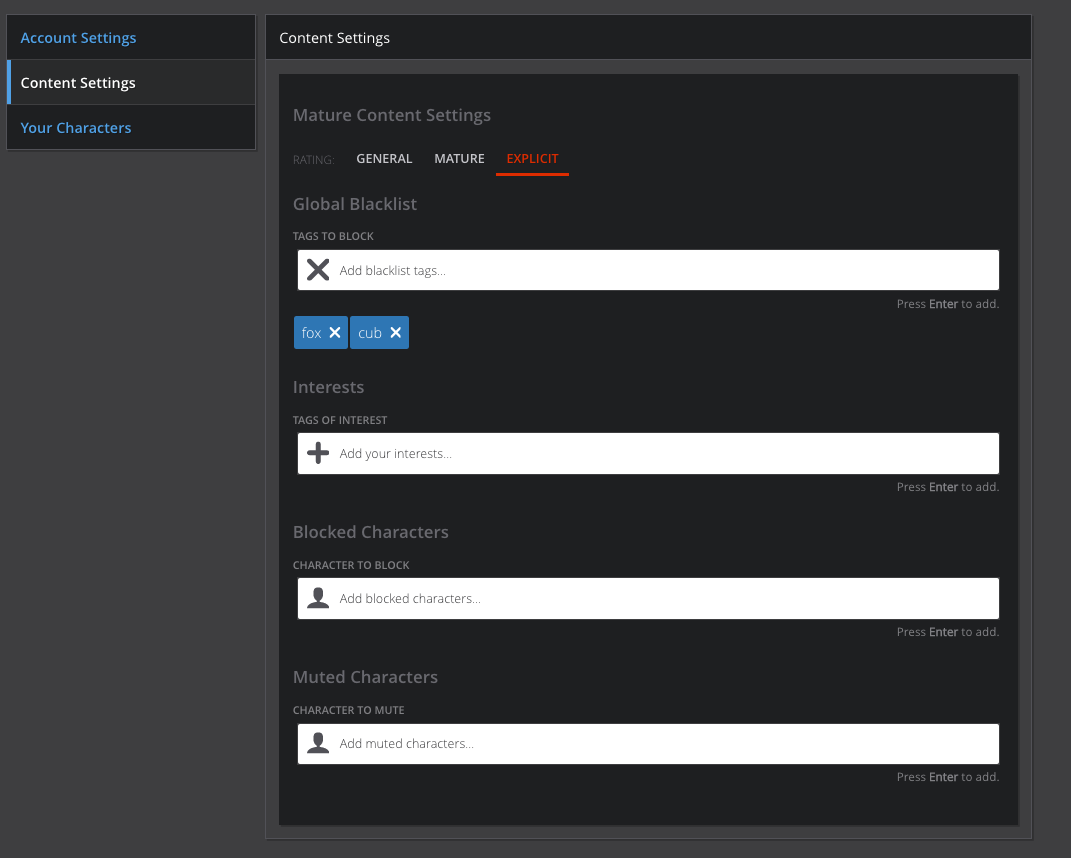 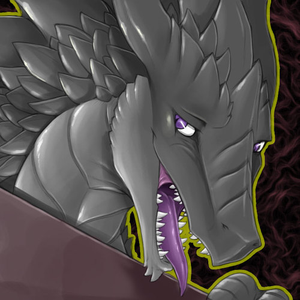