I think better solution would be highlighting confirmed and popular tags when it suggests you them as you type. Perhaps fetish tags with their own colour. Kinda like what I suggested here: https://support.furrynetwork.com/topics/303-better-control-when-people-post-fetish-works/

This thread was originally called 'collab submissions' but after discussion it ended up with ability to tag invoved people - basically the thing you're looking for :D

Because people are unhappy about the censorship with art - all other comments saying they're happy with the ban are also downvoted, not just yours.

it appears that no matter how small of a file you upload, it'll be compressed to .jpg no matter what.

Another topic with this subject: https://support.furrynetwork.com/topics/556-maintain-image-quality-after-upload/

I like that you've kept both features but only renamed them. Although with you deciding to make promotes just generic favorites, does this mean you'll not be returning the awesome 'x promoted y' notifications? (But I suppose with journals coming we can do the FA thing and promote others via journals).

Why does it sound cynical to think that both features should stay available? So far I've experienced that people indeed do use the system like this, probably because it's made available like that - I've been able to distinguish the people who actually enjoy my work and even start talking to them without the fear that conversation goes like "I'm curious why you enjoyed this particular piece" "Ummmhh I really just like foxes so much" "oh ok" *awkward silence* - and same goes the otherway around, I do sometimes enjoy pics with a specific theme but find the skill behind the piece just average - I wouldn't want to potentially get into a discussion where I have to admit that I do just find the skill average and only liked the subject.

Warnings should be done via tagging instead, not in the name of the piece.

In general I think the name of the piece should display a bit smaller (allowing more space for longer names), atm it takes too much space from the thumbnail itself - especially because it doesn't only show up on hover anymore.

Alt text on hover is a very good idea tho!

I like this idea! I often check my messages in a little bit of a hurry, so I never read stories (or journals) - this may encourage to do so instead :o 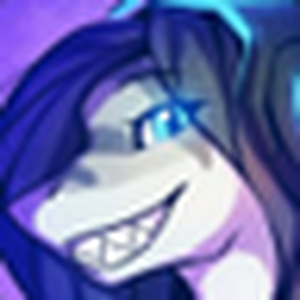