I still want the ability to keep permanent messages, I don't want stuff I send to suddenly disappear after all.

An option to tag a private message to be deleted after x amount of time. Default being no auto delete.

I was just about to post a more detailed bit in another post I was making so I'll move that here instead;

Also, should add an actual live chat system like Facebook has (best one I can think of really). I prefer something more like what FurriesXtreme has but I doubt half the people here even know that site or use it so, facebook as an example it is. :P Just a little collapsible bar at the bottom of the page where you can type the name of a user in and the site displays a list of matching names after you've typed a minimum of 3 characters, and you can start a chat with that person should their settings allow it.

Like, allow a person to set their settings to "allow chat invites from" and have options; All, Watchers, Friends, None. None disables anyone from starting a chat with you. Obviously you should also add a checkbox that disables the chat bar from even showing up too. Friends would use the feature mentioned here. Watchers would only allow chats from people you follow. All is obvious.

Yea, I follow some people I actually hate because they do good art. I want to have a "friend" button that allows me to send a friend request that the other must accept. I think that a friend list would be nice, as you could also do like steam and "friends in common" when you visit someone's page. A friends feature could also allow you to set some things to "friends only" when you upload or make a journal so that only friends see the journal entry or uploaded picture.

Not quite fixed, I'm getting similar issues. It gets stuck at a certain percent and then does nothing. I started pictures last night then went to sleep, woke up, one was at 99% and the rest were at 0%, refreshed and all were gone except the one that was at 99%, it was uploaded.

Might I suggest an alternate upload method for people to use that are encountering issues? One that requires you to click "Upload a file" "Alternate Upload" and this one has its own different method of uploading that does one file at a time in order.

I actually had to delete some files earlier because they uploaded out of order even.

Just wanted to chime in a small bit with one thing to say, as I haven't read every bit here yet. I wish to be able to keep having artwork in folders, rather than one gallery shows all. I'm not sure what you meant in #4, but I like the folder option because it allows me to give a link to a specific folder to someone, rather than having to generate some long complex filter of some kind. For example, if I want to put all the pictures of Tasha into a folder named Tasha, I can link that, instead of having to create a filter that gets those images.

Though, I'm not quite sure how to link a folder at this current time, I'd still like it to be an option. Folders feels like a nice way to let us pick how we want to show our galleries. Letting us use your modules as shown in #1 to select which folder we want visible on our page.

Brute Force is almost impossible should a website be designed properly. You can't brute force a website. Most websites stop you after 5 attempts and lock you out for a while, some make it 10. On top of that, do you have any idea how long it would take to brute force a website online? A computer, a personal computer where you brute force a local file, is able to run through millions of combinations per second. While a website, with the world's best internet, possibly 60 - 200 per second absolute MAXIMUM. I'd say closer to 30 though but then I've never had real high speed internet.

The way you steal someone's account this way is by hacking the website through the use of an exploit like the website Furaffinity is full of, and download the database. Which includes all passwords usually encrypted quite well (except on FA). Usually those taking weeks to crack on a personal computer (except on FA). This database would also include all your authenticator keys, which would then need to be cracked, and should you use the same authenticator on other sites, those sites are at risk too. I do support this though, I'm just pointing out some things.

Thats not the entire issue here. Some people want to show that they like something (favorite) without others knowing that this user likes that specific kink. So anonymous favorites are still good. I think that the "Add to Collection" button should continue to +1 the anonymous fav, while promote becomes the new favorite in which is public. Adding a new feature of promoting, which should be something that tries to promote art so that more people see it. AKA getting it higher up on the front page when people go to browse random artwork and look for popular or most promoted items.

Showing who favorited your work.

Perhaps a weekly digest for private favs, because being notified that you got an anonymous fav every 5 minutes after you submit something could be annoying. Perhaps a weekly notice

Let us have animated icons

Yet? :P They used to be, the problem is there wasn't enough demand for it so many browsers don't bother including support. I just finished making some APNG images to use in a suggestion I'm about to post even.

Already possible, you have to "browse all" and select the "type" to sort by. 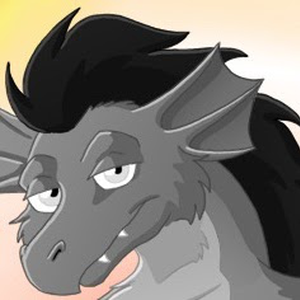