Well, there's Collections, which you can use to put a comic into. If you go here https://beta.furrynetwork.com/artwork/661026/services-rendered---page-00/

you can see the page, and at the bottom you can just click next, and it'll load up the following page.

Unfortunately the submission order in collections is all fucked up right now, but they're working on a tool to let you manually order the pages.

It's probably the terminology that weirds people out. I'm sure it wouldn't be an issue if it just said "You received a favorite on [picture]!"

Yeah, i've been following the twitter, too. Also this thread has way more ++'s than -, which would tell me the majority feels it's morally reprehensible / legally dubious.

6 years ago this sort of content was allowed on FA and had its own submission category. It wasn't dropped because people were outraged, it was dropped because Alert Pay (fa's payment processor) cut their line and the site could no longer accept donations while it hosted cub material.

I don't really have any viewpoint on it from a moral standpoint. I don't really care what people like to jerk off to. I DO care what keeps the most users/prospective future users happy, though, as i want this site to succeed. I really wish someone representing the site staff would weigh in on this, but as far as i know they're rewriting their Code of Conduct and Acceptable Use policies, and won't come out with anything firm until then.

I think there are a lot of people who are #outraged around here, and I find it a little silly.

Ultimately, for the sake of the site, the decision on whether or not cub material should be allowed should come down to 'what will get FurryNetwork more users'.

Is the number of users you gain from saying 'Cub is banned on FN, you won't find it here' / number you Don't lose because you prohibit it greater than the number of artists who create that content, and their fans you would lose if you banned it?

If there's significantly more people who will continue to use/ join the site if there's no cub allowed, then ban it.

If there's a gigantic community of people looking for that content that outnumbers the people seeking to ban it, then the cub should stay.

As an artist who creates a lot of work depicting humans and nonhumans fucking, personally I don't know how I'd feel if suddenly the artwork that i created was prohibited, and i was no longer welcome here.

So, what constitutes a 'View' ?

Either that, or viewing the larger previews should just count as a view on a submission. I wish we could get some sort of staff feedback on this.

So, what constitutes a 'View' ?

Well, views versus watchers is a rough indication of how many of your viewers bothered to open your picture. If you're trying to cater to them, seeing one picture with much higher/lower views than another in your gallery is a good indication as to what sort of content they want. If you didn't track them at all, that would all be out the window. Pesonally i really like the big images, but i feel like witnessing it in that mode should count as a view. Hell, if we were allowed to comment in that preview area as well, there'd be no reason to ever click into the images themselves? Which could be fine, but as thing are it's a little busted.

I talked with the person running their twitter about it. At the moment the site apparently takes whatever your submission file is and then makes a couple of jpg copies at various sizes, to facilitate smaller screens / phones. But it doesn't seem to store the original image (if you put in a .png, it'll come back a .jpg, regardless of what the filename is).

I guess they're looking into PNG support? But i'd really like to boost this up so that don't have to swim in a sea of furry artifacting

If you're still having problems, I found that if you hit FN up on twitter (send them a private message saying what's wrong), that they'll clear the form out for you. Hope this helps!

I actually have a friend who refused to join up on this site, simply because the popular work got shown first. He felt like he'd be buried more than usual, and didn't want to bother.

This would be nice. At least the first part. I know other sites measure user worth by communication metrics, but i'm not super concerned about that.

I am concerned with there basically being no reason to click into a picture OTHER than to comment on it. Relative views on your pieces, versus your other pieces is a good way to gauge audience interest in a given work. If you're one who cares about that sort of thing, that's sort of important.

So if you never have to click into a picture to do anything (comment, promote, fave), then why would anyone? 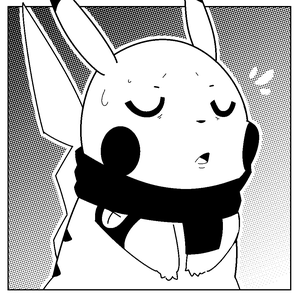