I have to say groups really do work. I started to post my stuff in the same time i did in DA and IB and i am by no means a known artist or even a fairly good one.

Out of views and reach, DA outnumbers FN and IB. While FN comes last.

DAs group system poured in a lot more views once i started using it since i wanted to see the effects.

In my humble honesty, it will become a key feature to this site's growth and acceptance. Numbers speaking the truth.

I would like to advise to give this more priority since groups also need time to arrange and establish.

The tags #mlp and #shy give me this weird behavior now in firefox and chrome.

I don't see the sense of implementing a "specific" messenger while you can simply just use it.

People might favor one messenger over another also and so it would be forcing something onto them.

That the PMs are neutral is imo the best solution. There is no one hindering you adding people to your telegram to chat privately.

I strongly advise anyone to use proper secure end-to-end messaging systems or PGP if sensitive information is being exchanged.

Website software can easily be compromised since it's combined by several 3rd party libraries and software.

I'd rather tell the user that messages can be read and compromised instead of giving false security hopes.

While i am really sure that Varka and his team will do his best to avoid it, things like the last exploit from ImageMagik or the HeartBleed are a reoccurring fact. It will happen given enough time!

So FN should push this behavior instead of trying to find the holy grail of message security.

Thus my downvote on this motion.

Unfollowing for certain types of media

Hiding the updates of a certain folder for example could be working.

Though the artist would have to organize it properly.

But i do like the idea. Often the journals people write are sadly not as interesting as the artwork they submit.

I like the more or less unpersonal approach. It's about us, not the site.

Everyone is free to make their own FN mascot if he wants to like E621 does.

I'd find it rather difficult to find something appealing to everyone.

This is extremely moderation heavy. Also there are a bazillion forums out there who are Furry related.

On top it stirs up drama all the time. I'd rather would like to give people the possibility to form communities or groups to socialize based on their interest than have a forum which tries to appeal to everyone and no one at the same time.

That way people could also form their own named networks instead to demand a specific category or sub-forum or even worse, polluting other topics with their network.

Just think about how good the rape and anti-non-con group would work together.

I'd rather give each their own territory than mixing them up in a boiling pot.

It also does not mean that we won't get "free for all" groups. I really like the Google Plus approach to this.

And they are self-moderated.

That's why i dislike that motion.

It would also be nice if those would be somewhat grouped. For example:

Virtual points to gain and use

I'd like to ask the Downvoters to give a feeback on the downvotes i am really interested in hearing it. :)

On the Profile page:

A slideshow of some sort would be nice that gets it's images from a given folder or tag to give a submission the best possible exposition whether it is an artwork, a photo or a story.

Also, i liked the Idea from ITunes and such to have a digital-physical representation of something.

I guess this would enrich how stories are currently exposed so a book / magazine like appearance might be interesting to consider and create a more haptic feeling. 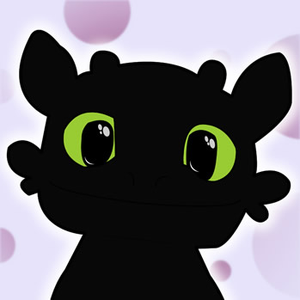