Removing infinite scrolling and replacing with pagination is effectively "fixed it." :)

Thank you for that.

I actually tried to search for it before posting my comment (so I didn't look like an idiot), but was unable to locate any information on posting whole blocks of code.

Markdown is the worst. I've been having to deal with a related markup language (Textile) on the Kongregate forums for years and detest it. Yes, it uses fewer characters, but sometimes I want these characters to mean something other than bold or italics.

Do you people have any idea how hard it is to post code in Markup? Markup only knows how to handle inline code, one line worth or less. Posting a whole function or class is an absolute nightmare.

Yes, I know that we aren't going to be posting code on Furry Network, but I had one more argument against its existence that hadn't been mentioned.

Sure, tags are a good use for the warnings. Problem is that you can't actually SEE the tags from grid view, can you? ;)

Still, 18 characters is hardly long enough. I mean, even if we take something like Faun's submission from FA and move it over into FN, what's the title show in grid view? 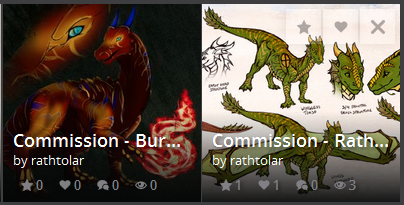 Gosh. So informative. And yes, those two were actually submitted with those titles, I didn't even need to Firebug live edit.

If <<< PREV | FIRST | NEXT >>> is not supported, automatically delete from imported submissions

I'm much rather see the import tool attempt to fix the links. Prev, First, Next will all be submissions in the gallery being uploaded, so in theory the import tool would be able to convert those into valid links on FN.

Other links to submissions could be examined, and if the link is to a submission being imported (that is, its a link to another piece in the same artist's gallery) then that could likewise be detected and converted. All of these links would contain the submission ID number, it would just need to be checked against the list of IDs already imported, and if not found, cached and checked against the list of pieces yet to be imported.

It would be harder to update links to "go fave the original submission [here]," unfortunately. But those, as well as links to users, could be retained as links back to FA.

Allow zoomed in images to expand up to edges of …

Holy shit, that looks awful when you zoom. D: 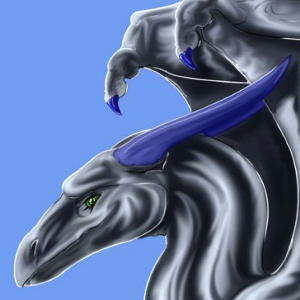