That suggestion would be an improvement over the current state of affairs and faster to implement than mine -- but I think despite that being suitable in the short-term, somewhere down the line making submissions their own independent pages with variable & modular owner accounts (or sets thereof) is an inevitable and ideal destination.

That suggestion and mine both feature user-audited contributor tags, which I have referred to as "roles", and which are roughly indistinct between the two, and that is a good step.

However, a mild modification to the current Submission system will not facilitate each contributor partial control over the submission, as it will remain a subpage exclusive to a single account. As my suggestion revolves around Submissions not wholly belonging to any one of the contributors, they include role-independent permission flags allowing certain powers over the Submission. Someone has to be the core submission admin, though, and by default that would have to be the first person to upload it, as at that time there won't be anyone else attached to the Submission. And of course, there may be select circumstances where that person isn't suitable and the staff are contacted to possibly change who is the core submission admin.

Without some form of duplication check, Furry Network cannot passively catch when multiple users - perhaps in well-meant ignorance - upload the same content, which I would consider the primary if not only point of implementing contributor tags in the first place. It does not go into much detail on how these contributor tags affect the permissions of other users to (among other privileges) host submissions in their galleries without splitting or duplicating views, favorites, et al.

I may have failed to include the vital detail that suspected duplicates should not be automatically denied - the user should be alerted and given the option to upload anyway. Because of this, I think that checking for duplicates may be as simple as comparing submission file hashes, since collisions will not be catastrophic as they would be in security. (I'm not sure how to most efficiently handle the possibility of Furry Network eventually hosting multiple files per submission.)

In short, I'm all for any adjustments to the existing system to improve it, but I'm quite convinced that the first art site to make submissions independent pages will see a significant advantage thanks to what can be done with them from that point onward.

As a vector artist, I'm able to make multiple, mildly-different versions of a single image pretty easily, and do so quite regularly - even if it's as simple as turning off a dialogue layer or adding a transparent copy of the character vector.

Inkbunny supports multiple files per submission and below are some examples of how freely I make use of it (note that guests can enable Adult Content without making an account):

While some artists may also choose to use this system for comics, I don't find that as suitable - comics can and should be updated regularly in separate submissions, whereas multiple variations of a single image do not warrant many separate uploads.

I believe every single content page should have support for comments on it. Comments on a user profile are just called shouts.

Comments on user pages are vital because comments anywhere else are expected to be contextual. If I comment on a submission, my comment will most likely be related directly to that submission, not to a general query of the user such as commission openings or whether they go to cons or whatever.

The main issue is that many sites don't allow you to reply to shouts, making them considerably less useful. They also tend to be stuffed into a small corner of the user page, which makes it awkward to hold conversations longer than "Hello!" "Also hello."

My suggestion to enable userpage comments would be that only the first comment in a tree is visible at first, sort of like  forum thread. Clicking on it will then open the entire comment tree at the expense of most of the rest of the page (leaving only the user's profile info and banner), but it can be closed to return the page to its normal layout.

And of course, every user should have the option to disable comments on their page, just like they should be able to disable them on each submission.

I believe there should be three buttons:

These last two buttons are not available if an artist is looking at their own submission.

Not all homepage Featured Sections are displaying

It's been eight months, so I don't remember the details of the issue; everything seems to be working fine for me! Thanks for checking!

I'm sure many of these points have already been established in the topic, but I'll go over my criticisms.

The only reason to allow artists to hide their download buttons is if allow users to auto-generate smaller-res files and hide the full resolution, reserving it only for premium access or prints. If we don't have this feature, turning the download button off is a silly and wholly superficial gimmick.

Not all homepage Featured Sections are displaying

... the third section is of course a Submission Grid, not a "Submissing Grid". That sounds like organized fetish stuff.

I'd just like to point out that just because your site asks search engines or other automated scripts not to index your page doesn't mean they will comply. They're supposed to, but that has relatively little to do with whether they do. 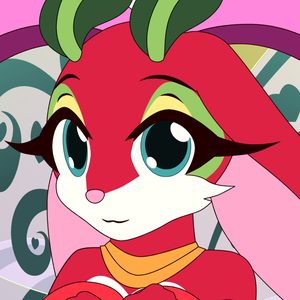