I'm not sure if it has been suggested yet, or where exactly I should suggest this, but considering the mysterious someone got kicked out recently, could the notification perhaps be changed to "You have received [x] amount of favorites on [y] submission" or something similar? I don't know about other artists but I like seeing if art does well or not.

Options for wording include:

"You have received [x] amount of favorites on [y]"

"You have received a new favorite on [y]"

"[y] has been favorited [x] amount of times"

Or anything similar to that. This would eliminate the need to address who exactly favorites a submission, thus if someone has set favorites to private there would be no need for "someone". Perhaps if you click the number there could be a little popup list with names, and if someone has favorites set to private it could say "anonymous" or "private favorite"

I think this might be a bit too cluttered, it would need more breathing room, I think

1 & 2) I personally think this is a great idea, yes. Different users have different needs. We are artists, writers, musicians, crafters, fursuit performers and so much more. Some of us just prefer to look at art. Allowing us to customize our userpage is going to reflect who we are, what our focus is on is probably the best solution to the profile page issue. Sounds like a great plan to me. I think modules are the best way to go about this.

3) Allowing multiple modules of one folder is going to be important I think, but it looks like you already have that planned.
3A) Might be worth considering adding the ability to pick a single image instead of an entire folder. Or perhaps multiple images? Along with that a "random image(s) from gallery (or folder)" might be a nice feature to add as well
3B) probably similar comments to 3A but I'm not a writer so I'm not sure what's important there.
3C) That sounds like a good idea! You guys mentioned on twitter having journals and announcements for smaller posts. I think it might be a better idea to name announcements "updates" perhaps. Maybe that's just me though.

As for a suggestion for a module: perhaps something that ties in with the commission system in some way? Could also be useful if that could be tied with the whole journals/updates you mentioned and that way send notifications to user's inbox that an artist is open for commissions. I check this site more often than my email, and with some artists, it's a matter minutes if you make the cut or not.

Another suggestion of mine would be indeed to implement the promote as a module, as others have said. This is for myself and many others a way to discover other art/artists I like.

4) I think this might be a good idea, I personally don't think it's too cluttered, keeping things in one place makes things easier to navigate. Fact is, websites like this just require a lot of information to be conveyed so simplistic approach isn't going to work.

Overall, thank you for listening to the community, while also not going overboard on revamping the entire thing. You guys really have a unique website going here and, in my opinion, it would be a shame if that was lost. 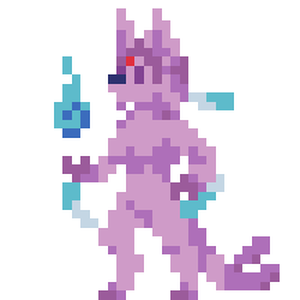