I agree, I think shouts are an easy way for artists or watchers to say Hi or give thanks to people following them and etc. rather than sending a message, Shouts are nice and quick.

Yep that is what keeps happening to me too

I agree with the first part, that was not what I was not getting, it is the latter portion and I am not discussing whether or not it should be included, as I am always okay with giving more diverse options.

If that clarifies what I am saying.

I am not saying that people won't use them or don't want them. The activity feed I could see being something that would be an option a lot of people might use, but for multiple profiles, I just don't get it, doesn't mean I want to take it away, because I know plenty that would use it, but I don't understand what the purpose is. Most of the time I see it for separating adult from general content, which again people can just filter, so...why do it? [Again, this is more of because I tend to think in practicality, so how is it practical?]

I get that, that is why I am indifferent to it, I just feel that there are better descriptors, though you do have a point there. I just never understood why people separate stuff and clearly label back to both places so they are not fooling anyone and are clearly not worried or embarrassed by the difference in tastes. So I just don't get it, but I am sure people have their reasons.

I just never really liked it at all, it was just far too draining even when I didn't have to deal with people and most of my "friends" are people I know IRL and would hopefully like to stay in contact with to some degree, but sometimes, it just...is awful. Because it is so filtered that a lot of people will only post their happiest moments which can make it harder on those going through a really bad time to see all their friends be so happy. Social Media can be a good tool in some cases, it has just become a very....interesting platform to try and make points, because so many people are so easily butthurt these days.

I like the idea of a friend feature but it could create its own problems with favoritism etc etc etc. Though most understand it is reserved for people that are talked to on a general basis, and I still don't care what my friends comment on, if I want to know i will ask or just go through their faves.

But why call it characters then? It seems a different term would have been better and more descriptive. And I can see it being useful in that aspect, but I tend to throw everything together so that I don't need to separate it out and I don't see it as all that important, because while some people yes only want to see general stuff, there are setting for that, I find it kind of hypocritical to leave mature and explicit stuff on and then get mad at artists for not dividing their works because you don't want to see certain things, also filters would fix that problem too that if it is specific things like....Hyper, those can be filtered, but if the artists don't tag them, then it is a problem.

So....it is kind of a no good solution problem.

I am just kind of meh to the social media stuff in general.

But the only problem is everyone you watch is not your friend, though same is said about tumblr, but even then all you are seeing is what the blogger posts, you are not seeing comments unless it is in a reblog which they want to be seen. Again, the thing with Tumblr is that it is catered and specific for what the person wants the blog to be, where a facebook like feed shows you more than you need.

My only fear is with making it too social media esque is having it turn into a hell pit like facebook that just drains so much energy and happiness from you, that you just can't care any more. Also the fact that facebook has turned into an echoing chamber of ideologies where you cannot have any proper discussion. Personally I do not think it is necessary and should either A: be a voluntary opt-in option, not opt-out or B: get rid of it all together.

I just don't see a need for both unless one is something that moves it up the popular list in browse and hte other does not, but even then, why both?

I tend to agree that it is far too alien, a lot of comments I have gotten are that the site lacks inherent intuitiveness to its interface and how people use it. Almost any other art site has a decent model, and I actually like the look you have presented, though it feels a little long in some ways and maybe could use some condensing in the y-axis. I like efficiency and don't want to do too much scrolling which is my main issue with FA's beta layout.

I just don't think people care what artists are commenting on, I certainly don't, if I want to see their favorites I will go to their page, but otherwise I just want to see what they produce.

Also the multiple "character" thing is a bit confusing and having the long ass notification thingy to the left side is also just taking up a ton of space, again this is where DA's or FA's UI for notifications does a fantastic job.

The other feature I do not understand is the promoting feature, but that is on submission layout stuff which might need a new post all its own. Again on this site everything just feels out of place and hard to navigate and lacks a sort of logic to it. Great sites are intuitive and easy to navigate. It should be intuitive where "X" option is, or at least deducible if not in the same places as another site. 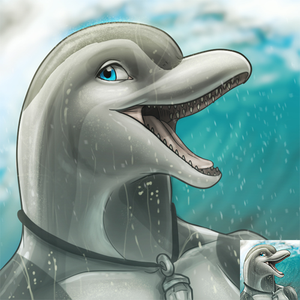