I understand the whole bases of a "fetish" is to be drawn to it in perhaps a sexual way more often than not, and in order to display that artists depict that in their artwork. However the actual definition of Fetish is just taboo, it's to be drawn to something. Anyways, I'm one of those people who enjoys fetish art but nothing sexually explicit, I'd actually rather stray away from it if I can. I find artistic aestheticism and beauty in some fetishwork, because it's something I'm not used to seeing and I find beauty in the taboo. Fetishes like coiling, hypnosis (those are rather tame fetishes however), and goo I often enjoy, but I end up finding more sexuality placed on them than I'd prefer.

Indeed, it would be nice if there was a "tame adult" filter or option, at least for those who enjoy that grey area.

It's also a fantastic idea for those wanting to take commissions and secure their business. Can't tell you how many times I've seen people ask for commissions from untrusted sources. Having a neato "badge" ontop of their icon or on their profile somewhere would be a really unintrusive yet still representable way of letting people know they're the real thing.

It wouldn't be too much information storage either on FN's behalf, just another filing cabinet. I think this should be promoted more! You're onto something.

Refresh the popular section every couple of days or maybe …

The popular tag, although nice, it kind of loses it's value to me because it's only posting "all time" most popular, which will more than likely never change unless you scroll down a ways. It'd be nice if it could be like "daily trending" popular artists/artwork as my mate described it, based on artwork submission activity, promotes, and maybe a few other variables that are counted for the day.

Remember place in activity feed/submission pages when viewing artwork and …

Yea, I'm coming across the same issue here. The placeholder idea sort of works at the moment but not quite well enough for my liking. Whenever I browse through artwork, photos, it doesn't matter, then click on a submission and then go back to the main browsing page, the only way I can describe it as it's going through "chunks" of submissions that I've scrolled through (because there's periods where it will stop and refresh/load some more submissions and can take quite a bit of time to do so). It can then take nearly 10 minutes (if I've been scrolling for a while) to refresh them all to the point I was last. At least, that is what I'm experiencing on my end. 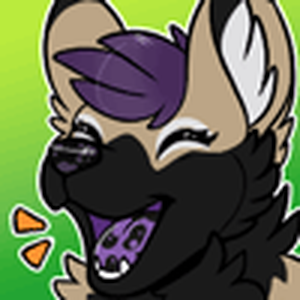