I thought that, too. As someone with a big screen myself I'm a bit disappointed on how much space is wasted on PC because people should also be able to view it on the smartphone. (Personally I avoid looking at large pictures outside because my internet is slowed down after a certain amount of data.) Therefore I appreciate that idea.

However, I'm not a Web designer, so I don't know how difficult it might be to squeeze everything planned a bit in a responsive design.

Personally I'd rather use something with a fixed size. When I set up the page a few months ago I really struggled with how I have to save the picture, so that when the user scrolls down he still sees a nice picture and not just a very unimportant or confusing part of it. In example a single foot on a large simply coloured background instead of the angry face. If it stays that way I'd like to have an option to say which part of the header remains when the visitor starts scrolling.

I'm not sure if this is a bug but I'd appreciate a change here, too. It's annoying that you have to log in every single time, even when you just closed the tab five minutes ago.

Aside from it, the pictures are still there and possible to view for everyone else. As soon as FN gets the same reputation as InkBunny, every artist having his main gallery here has the very same reputation problem, too. Many artists need the money from commissions for a living or want to go there sooner or later. Aside from lawsuits such a bad reputation can get you into serious trouble as well, no matter how well-elaborated FNs blocking options are.

It's a very difficult topic. A fetish is not something you actively choose to have and sooner or later you have to deal with it somehow. Therefore I'm glad there is drawn porn for every fetish, especially for rape and so on, because nobody gets hurt by that. Personally I deeply hate both of it though, but that's just an opinion, just like my disgust for scat. (And in my opinion someone's personal antipathies should never be the reason for a rule as strict as a ban, otherwise a gallery doing so would be empty because everything is being hated by someone, even butterflies.)

I totally agree with that! I know a character function from Weasyl where you can upload descriptions and pictures of the characters you are drawing regularly and when I saw a feature named "character" here I thought it would be the same. It was quite confusing to see that there's no connection from the character to my main account/profile/whateveryounameit at all and that it's treated like a completely different account.

This feature is great for people who like to separate their uploads e.g. in sfw and nsfw or pictures and photographs or art and fursuits. However, this is nothing that I would connect to the word "character", therefore I highly recommend to rename it to profiles.

When you want to give every fursuit/character an own profile, you can still use that feature for that purpose, no matter how it is named. However, in my opinion the word "profile" describes much better what do you have to expect from this feature before you create a new character/profile. Which would be a great help considering how much potential this feature has. (Especially until the option to delete a character again is implemented.) :)

I also agree with the idea of creating a possibility to present your OC's somewhere on the profile main page as a subcategory. Many people created impressive backstories for their characters and it's very interesting to read them. :) 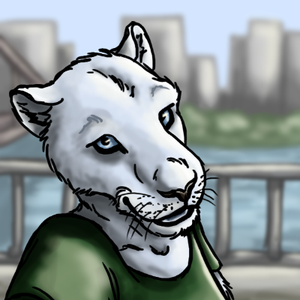