Apologies for my shortness earlier, but it should be as simple (and I know things rarely are so simple) as having a sort number assigned to each submission, rather than an upload date (sort in management is in upload order) and a published date as the only options for sorting. On the database end, it really should be as simple as one field for gallery sorting (it may require more thought to allow sorting of folders, however)

As noted by Vas and Difetra above, the "publish all drafts" option is buggy and appends everything to the end of the gallery, rather than the start as a standard Publish option does.

So let's start a proposal here!

This approach ensures that each folder can have its own sort, distinct from the sorting of the gallery as a whole, it minimizes the impact on the database structure by minimizing the necessary additions, and it makes the experience relatively intuitive and transparent to the user. The only thing more desirable would be allowing drag-and-drop sorting of thumbnails instead of a button-based interface on each submission...

This is not sufficient. While it is certainly helpful at the time of first publishing a piece, this does not allow users to re-organize their gallery or folders after images are first published. I appreciate the option other sites have to re-organize some or all of my galleries, whether limited to folders/collections/pools or in general, and I would appreciate a proper solution to this.

The only category I can think of, after a Crafts category, that I can see a particular value for would be Models. This would be another non-technical distinction, but possibly a significant one for those who work on 3D artworks, whether physical or digital. If we were limiting it to only Digital, it might, alternatively, be called "Renders." Assuming the minimum necessary, this would allow 3D artists to share their art as a product, not just a final image.

This would pair well with the other under review concept for multi-submission posts (Collections, Galleries, Series, or whatever they might be called): https://support.furrynetwork.com/communities/1/topics/235-multi-page-submissions

So, two and a half years along, and where is this? Is it stalled? Is it never coming?

I've only started using this site relatively recently, but the lack of an option to do something literally every other curated gallery site has to update images is bothersome. I like to update sketches to inked lineart, and WIP posts to finals as I'm able to do so. On FA, I can replace the file. On SF, I can replace the file. On IB, I can add a new file to a submission gallery and sort them as I like. But here, I have to make a brand new submission or stick with the old sketch or WIP image.

You guys have a wonderful interface, and I like this site, and this would just be a great option to tie the whole thing together in terms of letting users curate their galleries. 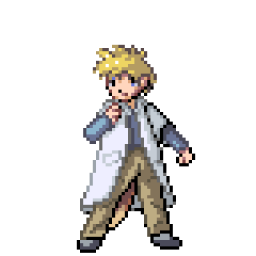