Yeah, that makes sense. It would be win-win.

Again, no, because it as an artist, it negatively affects the way my work is displayed. Even if a layperson is unaware of the differences in composition, the perception of the piece is still altered. It benefits everyone if the thumbnails provide a true sense of what the image is really about, rather than give a false impression that could steer the potential audience away.

1. This requires manually mousing over each thumbail to see whether or not it's worth clicking on. It's an unnecessary impediment, preventing users from glancing at the thumbnails en masse and making accurate judgements.

2. This literally doesn't work on touchscreen devices. I can't do this on my phone, or my touchscreen computer monitor. Hovering doesn't exist.

Native-aspect thumbnails are a simpler and more practical approach.

I got a new follower yesterday -- someone whom I'd never heard of before. I browsed to their page to thank them for taking an interest in my work, but was disappointed to see that there isn't a shout box to do so.

I title all of my files with the expectation that they may be downloaded, e.g. "Ransom - Picture Title.png"

I'd be okay with just letting it be downloaded with its original file name. Alternatively, if you must rename it, I think it should be "Artist Name - Submission Title"

I'm glad that someone else made this thread. I was about to do it, myself.

Antiroo is absolutely right. Weasyl originally had square thumbnails just like these, and it ended up compromising the browsing experience. Changing the aspect ratio of the thumbnail bastardizes the composition, giving the viewer an inaccurate representation of the piece to be viewed. Most people don't draw in square canvases. A scaled-down version of the picture is easy enough to read at a glance, but a cropped one changes focal points and loses details. I get why people would initially implement a square grid-based thumbnail system, as it seems slick in theory, but in practice, it hurts the gallery.

I can see what NYVivian Vee and Miyuni Doxae are going for with their suggestions, but I don't believe that would be the best solution. All you have to do is take a look at Weasyl to see an elegant way to handle this. Compare it against Furry Network, and you can see that Weasyl is way easier to read. In FN, titles are lost, body parts are cropped out, and entire characters disappear from view.

Weasyl's thumbnails are dynamically resized, so that each thumbnail in a row ends up the same height, but with varying widths in order to have the entire row be justified with the left and right boundaries. I was super happy the day that got implemented, because it tremendously improved the browsing experience.

Square thumbnails hurt more than they help; FN would benefit from a dynamically-resized layout. 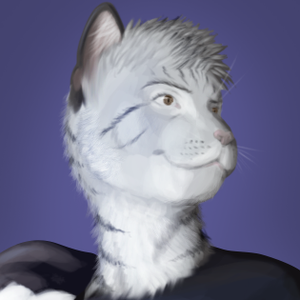