Yeah, the fact that it is a feature on nearly every other art site should be enough, but we not only have to request it but then basically get ignored for 3 years. That feature being absent is the primary reasons I didnt make FN the main place I post art.

1) To what end? What does the user gain by switching it out for a completely different submission? I was trying to come up with a good reason why someone would want to do abuse the system in this way and I honestly couldn't come up with one. You're correct that they could do it, but I can't see why they would. All they would be doing is driving people away from their content which means less and less people will be looking at their stuff until there's no one watching for them to mess with. Also, as Chicago mentioned already, this is feature that most art sites like this have and to my knowledge none of them have a problem's like what you're describing.

2) Being able to reorder your submissions is a nice feature, but the main thing is that re-uploading wipes out all the comments, likes and promotes that that picture has already gotten. If you have to do that often enough it will discourage your viewers from ever commenting on your stuff when it first comes out and there's a good change they won't come back and add a comment later. I already uploaded a picture that I made some changes to and wanted to update.

3) While that is certainly a thing that people do do on Furaffinity, in this case I think it could be a simple situation of after they uploaded the picture, people in the comments asked for a higher resolution image. Rather than add a redundant entry into their gallery or, like in #2, delete the first submission and lose all the comments likes and promotes the picture has already they could simply upload the higher resolution image and be done. 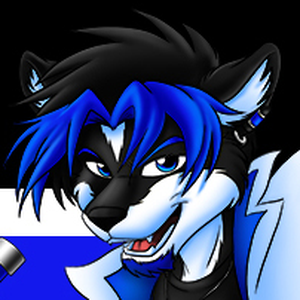