Putting in my support for this to be changed. I have set up just one other "character" that is actually meant to be a character who I WILL interact IN CHARACTER with other people as, but that is because she is a story/comic character. The other profiles I have set up are kind of 'oops' "character" profiles that I will end up deleting once that feature is implemented because I don't want to interact as those characters at all. The character page idea is great as having linked "accounts" (that's really what they are, just under one registration which I DO think should be kept as a feature!) for people who have more than one fursona, and maybe DO want to interact as that character with others. See my example above about my comic character.

Tagging off of Beast Shocked NSFW's comment: I think that having a profile type is good. Eventually I'd like to host my comic here, and be able to list the characters who have major roles in it on their own profiles under the @name for the comic..Kind of like how a wikipedia page for a television show lists the cast.

I know that folders are here and good as well, but I want to have another linked "account" to where I can post the more extreme fetishes that people commission me for so those things aren't mixed into my main gallery because I may not be into all of those fetishes that I draw for others, and I don't particularly want to see them all the time.

That's my two cents about this one.

Agree with this! But there should also be an option to hide what groups you're in, perhaps a confirm join button, with the ability to hide the icon on your page. Some people might want to be secretive about some of the groups they're in.

I agree with the tagging thing, and I thought at at first when this site came about at least two tags were to be used. I automatically tag all of my artwork on this site with relevant things, but a confirmed list of tags in general would be a good thing. There are at least THREE tags for works in progress, and that's just a bit ..excessive. There are many ways to cook a turkey, and there are many names to tag the same fetishes as. 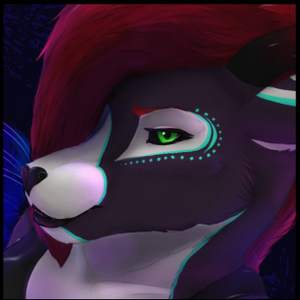