Technically all of this stuff is "artwork" but the "artwork" section seems to be for illustrated pieces specifically. (something that is drawn or painted, basically)

It sounds like "Craft" would be for any type of art that makes a physical thing you can hold.

Things such as a fursuit, plush, and sculpture are all things that can be physically held in ones hands, and would have to have been made by an artist, and not made by nature (like a plant or animal) or a moment in time (such as long shots of a convention in the daylight or a dramatic worms-eye view shot from a play). any photo in "craft" would have the focus on the thing that was physically made. Be it professionally taken or not.

After that, the only other type of art I can think of that doesn't have a clear section is digital 3D art. Would this be considered a craft? It can't be held. Artwork? It's not 2d. Photo? It's not a real photograph. Video? Unless rendered as a video, it's not a video. And it's not a written work either.

Personally. I'd put 3D stuff in artwork (if an image) because it can't be held. Making artwork specifically for any created thing that cannot be held in your hands unless printed. The only reason I'd make a 3D section, would be if FurryNetwork suddenly supported a 3D veiwport, like SketchFab.

Of course that's just how I see it.

I feel like I'm part of why people think its just for comics too. Sorry about that!

The only reason I focused on comics is because that's what I'd probably use it for. I'm not a fan of having to paste giant pieces together so people don't have to click on a new page every time, and I personally don't like having to click on several pages myself, preferring to just load one page, like with pixiv.

But yes, I agree this would be great for process work and image sets as well. I personally don't care to click on several versions of an image and rather see it in one spot. If your worried about tagging or blacklisting, there could always be an option to mark one of the images in the set as mature so it has the warning while the others still show?

That said, I imagine a feature like this would work a lot like the stories/written feature works, since stories support images. If this wasn't implemented I could see people using the stories feature for this sort of thing instead. Which would be ok for comics but I guess would be up to you guys if you wanted that feature used like that for non-comic works.

This would be fantastic for comics!
I know Tapastic does something like this where they stack the images (or rather, the pages) on top of eachother. Kinda like how Pixiv does it! It would definitely make submitting and reading story based art A LOT easier! 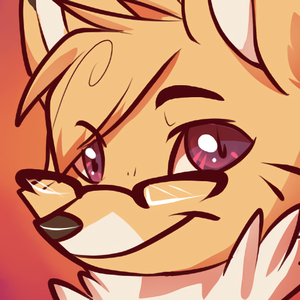