"He admitted"
Bingo. They muscled him, said they'd put him away forever, he plead guilty. You don't get a fair trial if you plead gulty; you get whatever the Prosecution wants to do to you.

First of all, I want to say that I'm sorry that you were abused. Nobody should have to go through that.

Secondly, the idea of someone using my art to do that to a child is repugnant to me, and I would do anything I could to stop them from abusing that child... but if I stopped producing this work tomorrow, all that would do is give people who don't abuse children absolutely no outlet for this aspect of themselves that they did not ask to have. What's more, suppressing sexuality has a long history of creating people who are unsympathetic to the object of their desires, thus making them more likely to abuse.

Going by what those who've studied this have said, a lot of abusers wished they'd felt they could have ever spoken to anyone about the feelings they had rather than bottle them up inside. That doesn't excuse what they did, but it kind of gives one the idea that maybe putting up more blocks and walls isn't quite the answer that's going to save children.

If anything, I really expect that the only thing that will help children is to keep lines of communication strong- between kids and their guardians so they know what's up, and between adults/teenagers so they can talk about these urges without feeling isolated.

Show me the deets.

The legal aspect is extremely tenuous at best. To date- and believe me, I have looked- there is no legal precedence of prosecuting this particular charge. In every single historical account thereof, the person who supposedly went to jail for this was either actually imprisoned for a separate charge, shown to have actual real CP, or was bamboozled by a Prosecution that was not required to even show the evidence to the Judge. No prosecutor wants to try to put someone away for drawing cartoons, because that puts them into incredibly gray area where essentially they have to prove that you can indeed be jailed just for drawing something.

Now let's look at the other end of this, the populist aspect: At one point, there was a group of people who wanted all porn taken away, because they decided that gave the Furry Fandom™ a bad name. Of course, you probably don't even know who they are, because of course they got laughed all the way out of town. They inspired a toxic second and third generation of self-haters, but the bottom line here is that we are all entrenched in an exercise of social exclusion by our mere presence; if you want to insist that some of us are categorically not fit to share space with you, then you're gonna have to come up with something better than "I don't like it." Because nobody likes everything. We have to learn to get along anyway. 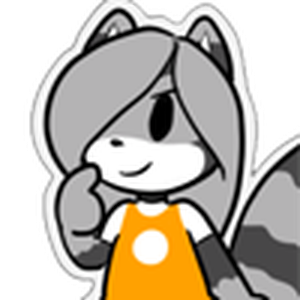