Batch pagination is not continuous on gallery

It looks like the pagination for the gallery page is loading about 50 items on each successive load during scrolling. Normally, this loads in smoothly with items filling in as they come available. However, if you scroll too fast (I wasn't really scrolling that fast at all), it'll instead show a block of black boxes that abruptly start where the last page batch ended (screenshot attached). 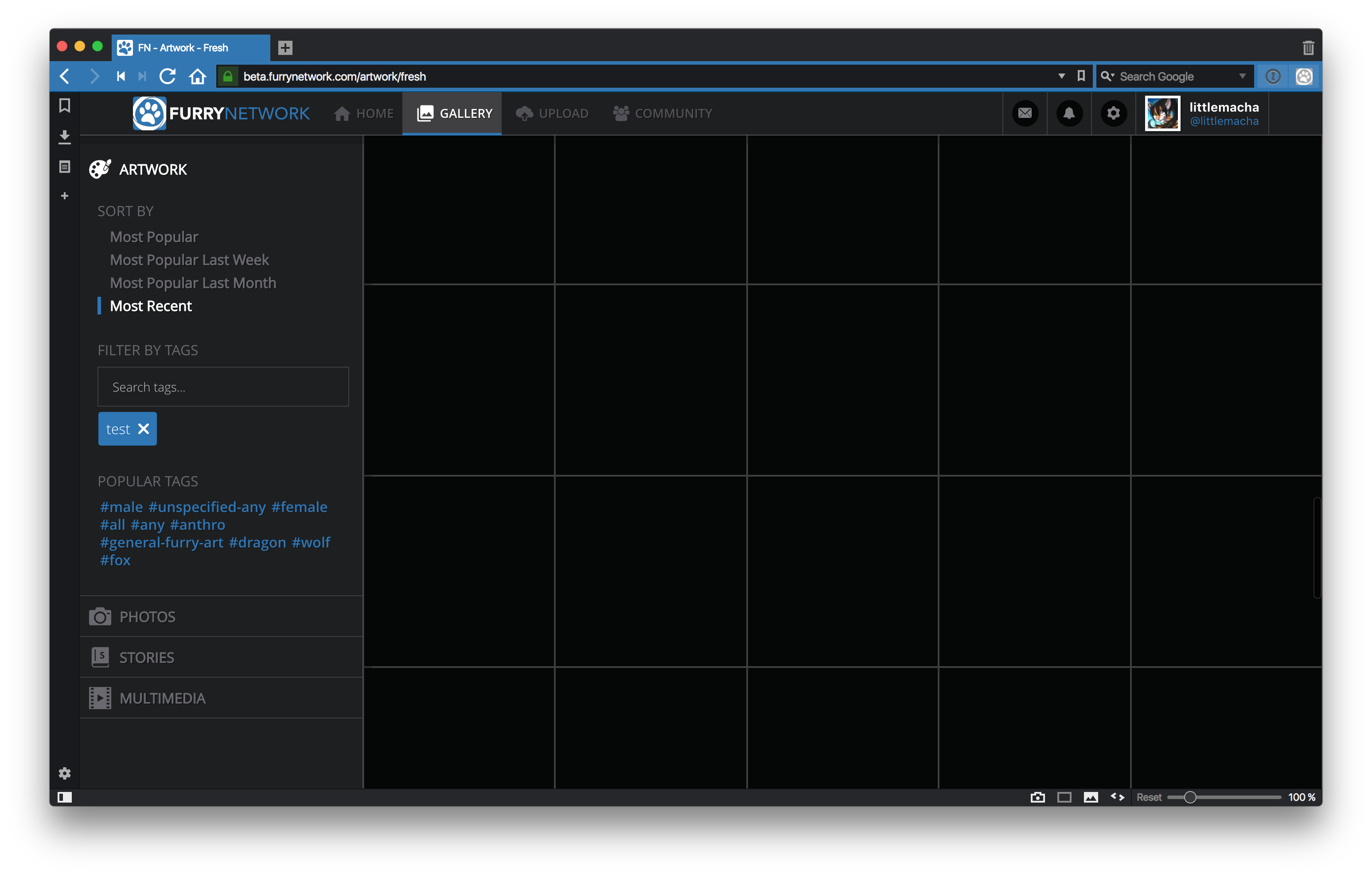 These then all appear at once when they finish loading. Occasionally, this comes with an additional bug of just resetting you and starting you back at the top, which can be a real pain if you were really far down the list.

Ironically, after you've been scrolling down for a while, if you scroll up too fast, you'll end up with the same scenario, except this time it'll be for items you've already moved past in the previous page batch.

This was tested on Vivaldi, Safari, and Chrome.

The Gallery is a really strong feature, especially now that the popular buttons have been fixed. It's the minor fixes that'll make it just that much better!

This is actually an intended feature of the site. To keep from having a high data demand, the site loads a limited amount of images until the user scrolls down. We recently had the grid added to show people that content would populate that area. Images towards the top disappear in order to reduce lag and other issues.

The other bug resetting you at the top is known, and it definitely can be a pain. For now, refreshing the page seems to fix this bug the majority of the time. We're looking into ways to resolve that.

To be honest, I figured as much in regards to the pagination loading itself. My concern was strictly that scrolling faster than "lazily perusing" caused some minor load lag. This by itself was relatively minor in my opinion, but as a developer myself, I'd have been remiss if I didn't at least say something just to make sure.

The reset to the top bug is a pain, but even with refreshing, I can generally recreate it pretty consistently just by scrolling up and down too fast (how I initially found the first part of my report), at which point, the page requires another reload.

Hey, it's good to have input from other developers!

I agree that the reset to the top bug is a pain. This is one of the biggest issues I'd like to get cleared up. What we're likely going to do is put together a current list of bugs to tackle and get them all at once; this issue will definitely be on that list.

If you're ever in need of assistance, I'm happy to volunteer my services :)