So I have been running into a issue where my videos i upload to FurryNetwork won't play. Whenever you try to play it, it just shows a box with a X that says “No video with supported format and MIME type found”. 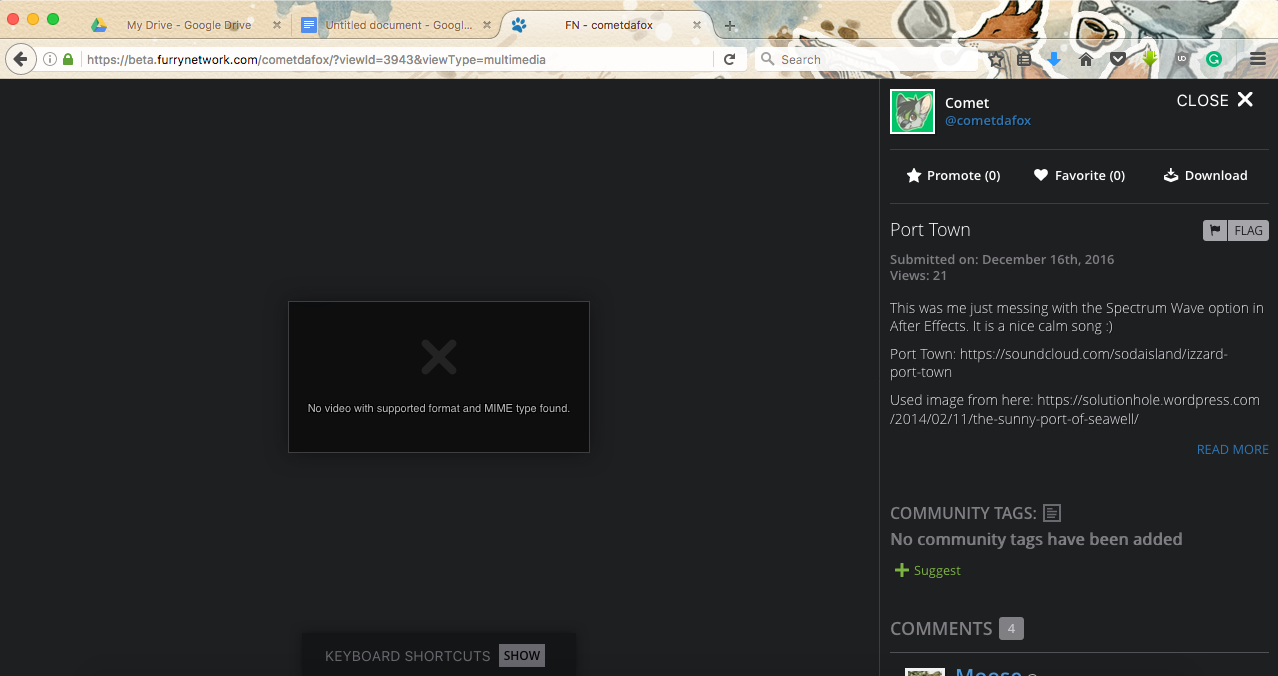 I never have done anything to change this. They worked fine just before.

I think this is the issue or could have something to do with the video not be able to play. So what is happening is when I upload a video, there is a duplicated that shows in my drafts after I make it public. 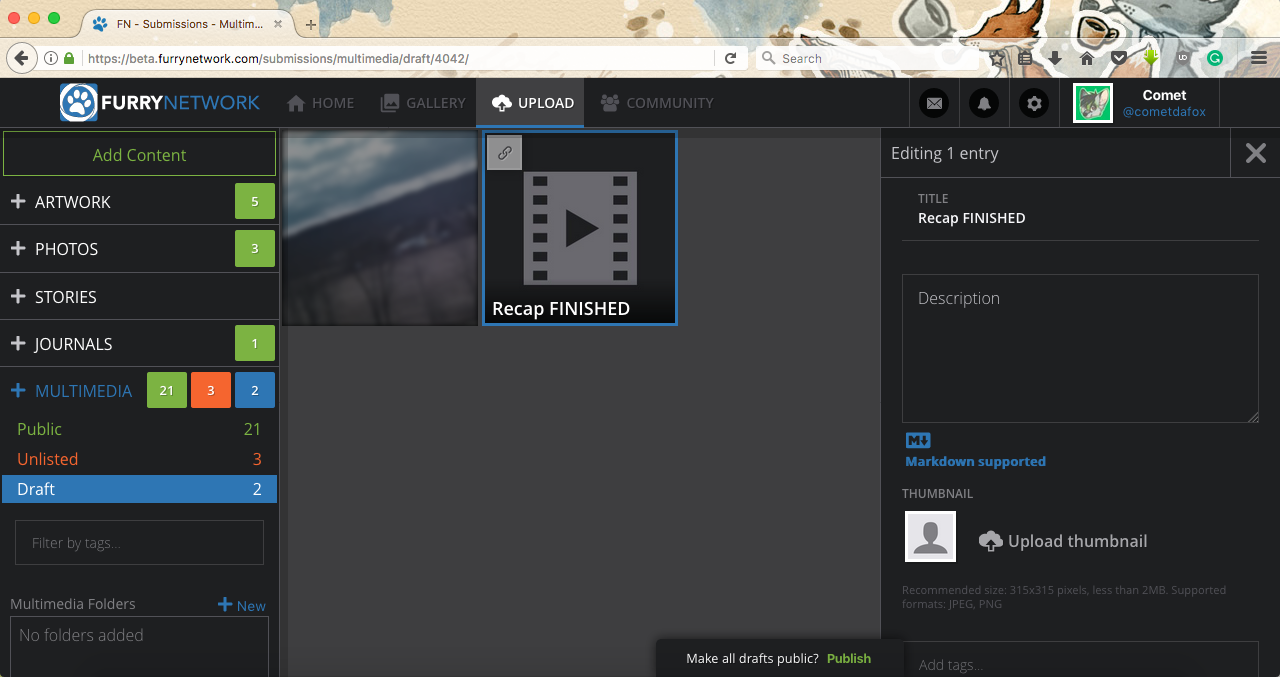 The draft has only ever popped up for 3 of my videos. If I delete this draft, the original stays but won't play. I have one in my drafts right now that won't go away but I won't delete in fear the other might get corrupt. I think this might be a leading issue. I'm not sure though.

I made a video on the subject and made it unlisted.

Maybe this can be solved soon? These duplicate drafts are starting to get annoying and now i have two clips on the site that won't play at all. I don't want to delete them.

Could you provide us with sample video, perhaps? Or a link to the broken submission.

Just so we can try to find and reproduce the problem.

This first link is the duplicate that was formed. it plays, nothing is wrong with it.

Here is the original. This one wont play.

There is the two links! If you need a step by step on how it happened to me, just let me know :)

Thank you for helping with this. Is there any chance you could send us the original file over a Dropbox link or something else? Our dev team is wanting to try uploading this to FN themselves to see what's happening.

oops! My bad, didnt reply to your message directly XP

Sure thing! It's in a google drive if that's ok. I made it sharable via link :)

Hope that helps! If you need anything else, just let me know :P

Sound good! We've had a urgent issues recently, but I'll have our crew take a look at this as soon as possible ^^

Just wanted to let you know, has happened again with one of my submissions. The DRAGANS duplicated but I havent deleted it yet. 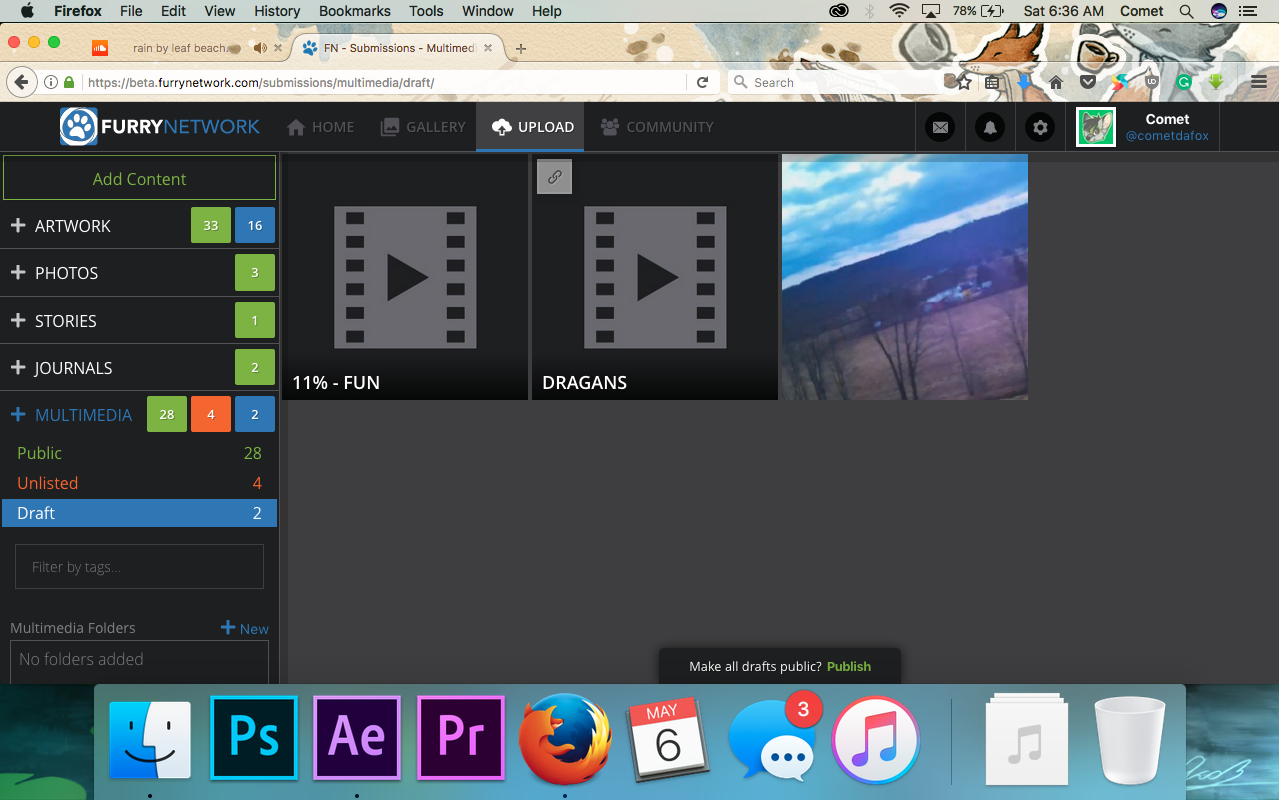 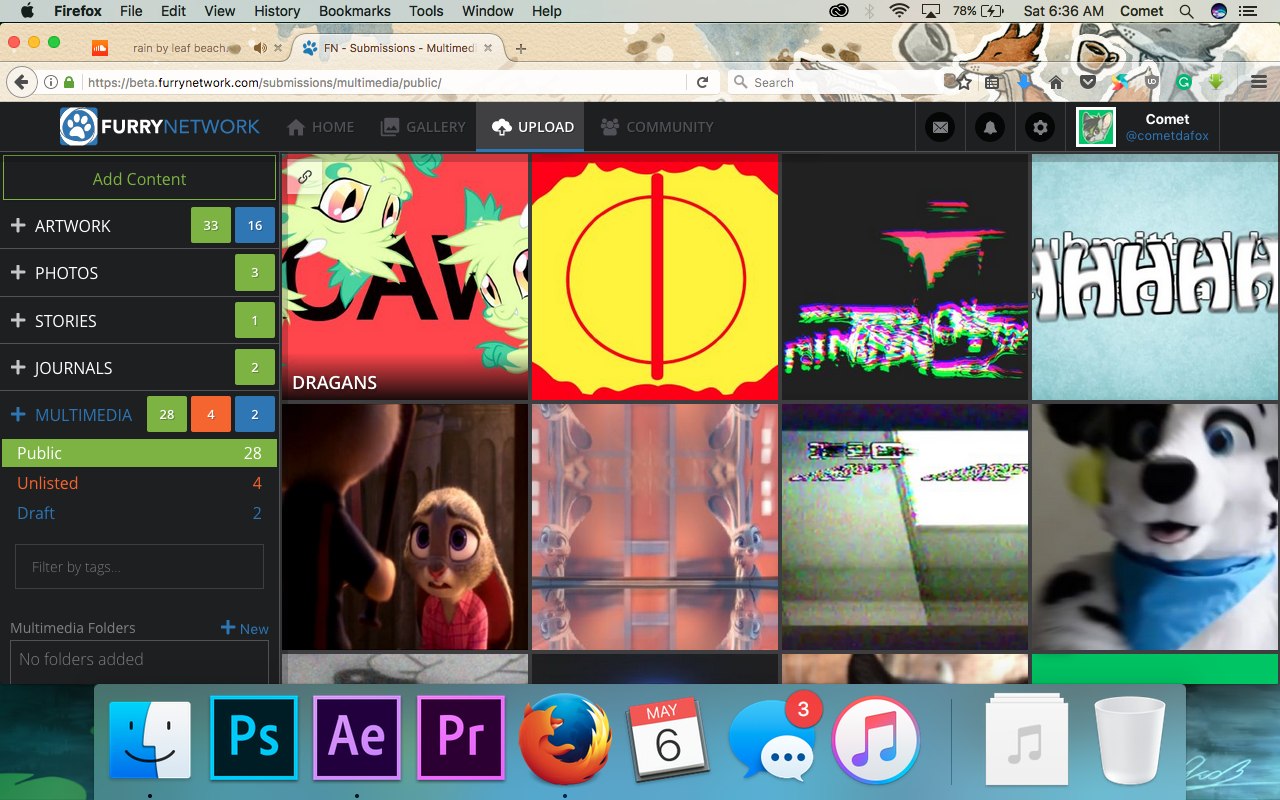 Okay, I appreciate keeping it around for now. I'll have our dev team take a look at this.